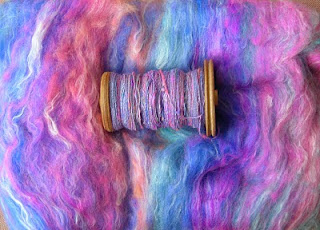 Our son's partner is interested in learning to knit, as well as make better use of her sewing machine, and so I decided to spin some yarn for her Christmas present. It's great to have such fun making a present for someone.
I know that she likes pastel colours, pinks, mauves, blues and turquoise greens in particular. Having carded the above batt of merino some weeks ago I thought it may be a good choice for her to use in a project. It looks go bright, maybe even a little garish, so I thought of plying the multi-coloured singles with a strand of the blues below. This would also mean I could produce twice as much yarn and increase the possibilities of the end product. 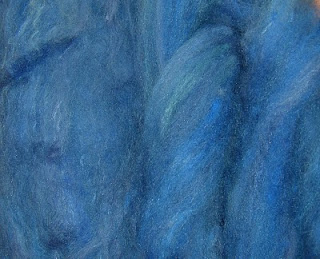 I spun a small sample of the blue and plied it with the other colour mix as well as a sample of the mixed colours plied with knitted itself. 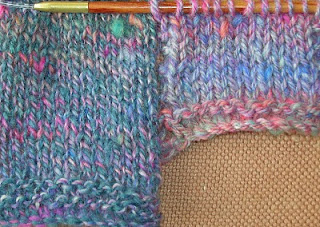 I wasn't sure that I liked the marled yarn (on the left)that came from using the blue plied with the colours, rather less feminine and the colours seemed 'less vibrant'. I decided to ply the mixed colour with itself and this is the resulting 100g.of yarn. 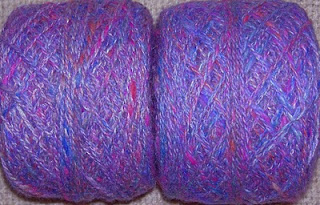 A little bird told me that the recipient's hot water bottle had split and decided that the yarn might just make a great cover and so found a co-ordinating HWB and some bamboo needles (I'm told they are allowed on flights!).
All I have to do now is write a pattern for the project and if she likes the idea, maybe she will while away the time on the flight to Australia later in the month.
Posted by Crafty Weaver at 13:09 No comments:

Not at a loss for things to do. 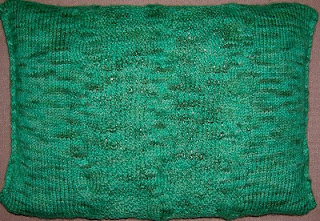 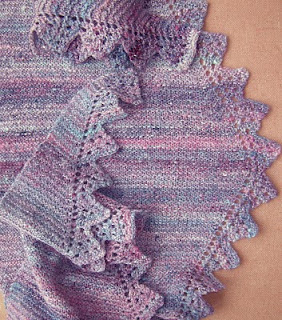 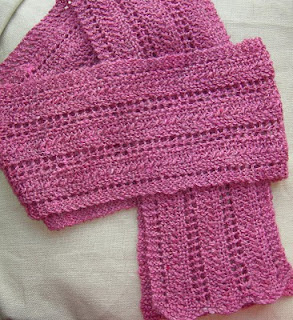 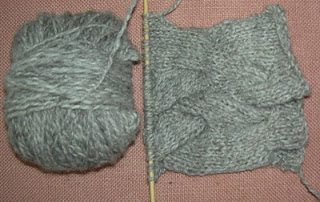 I have knitted the above items in the last couple of months, mostly from wool tops that I have dyed. The mauve stole was from carded fleece bought in Australia ten years ago. The last is the initial tension trial for a cable knit cowl. I have finished the cowl it was intended for but I will post that later as I've not yet taken a photograph.
Cables seem to feature large in fashion knitwear at the moment and I used to dislike cable patterns, stopping to pick up the cable needle frustrated my urge to get on with the project. Now that I can see the varied options I am more enthusiastic about the possibilities.
Having recently tried on a number of knit-wear items, from a very popular high street store, finding them to have a knitting fault in prominent places, I have decided that I should spin sufficient yarn to knit one myself. How long will it take? I have to get the fibre first, dye and then spin it. Shall I go more chunky than I usually do? The knitting would take less time, especially if I want to wear it while it is still fashionable. Something soft and snuggly is my aim!
I have embarked on a project/investigation, of my own, into the ways of using and combining, spaced dyed tops, hand and drum carded fibres and the results achieved.
The cowl mentioned above is part of this.
Posted by Crafty Weaver at 15:07 No comments: 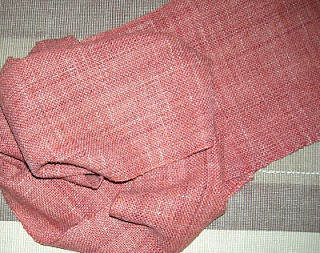 Last month I led a weaving workshop for Bedfordshire Guild of Weavers, Spinner and Dyers and wasn't sure how the participants would receive it because non of them had woven before.
We used rigid heddle table looms, many of which were over 30 years old, and this meant that my hubby and I spent many hours checking them and making sure they were all in good working order. The last thing I wanted was for the equipment to let us down or make the weaving more laborious than it needed to be. The aim was that everyone could produce a wearable wild silk scarf. The yarn used had been hand dyed the month before.
The photograph above is the result of one members weaving started at the workshop.
If no-one else finishes their piece I consider the workshop a success, because Carol, the weaver of the above scarf, wants to weave more and is looking to buy a loom of her own. Carol dyed the silk at home using natural madder and still has some left to begin her second project. Very well done Carol!
I hope that, at next Tuesday's meeting, I shall see more from the workshop.
Posted by Crafty Weaver at 10:06 1 comment:

This is a Flickr badge showing items in a set called Scarves and Shawls. Make your own badge here.

Crafty Weaver
Married for 50 years now, with two sons and now 4 grandchildren. I retired from my 'real' job some years ago and took up my favourite craft to fill time and earn a crust or two selling my woven wares at craft fairs. It was soon apparent that some low priced items were needed to help pay expenses and so my other craft interests, paper crafts and braid making to name just two, found their place. Paper crafting and card making have become my main relaxation activities. Gardening and walking will come more to the fore in warmer months.